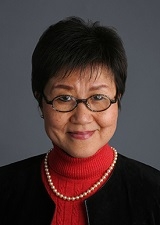 In 2016, Ms. Tse was named to the Trusted Insight list of Top 30 Women CIO’s—her interview with Trusted Insight was published in the April 2016 edition. Ms. Tse is an advocate of youth financial education and was honored in 2014 as an Investor in Education by the Neighborhood Youth Association in Los Angeles, CA, and as well in 2008 for having served for five years as a commissioner for the Pleasanton, CA Youth Commission.